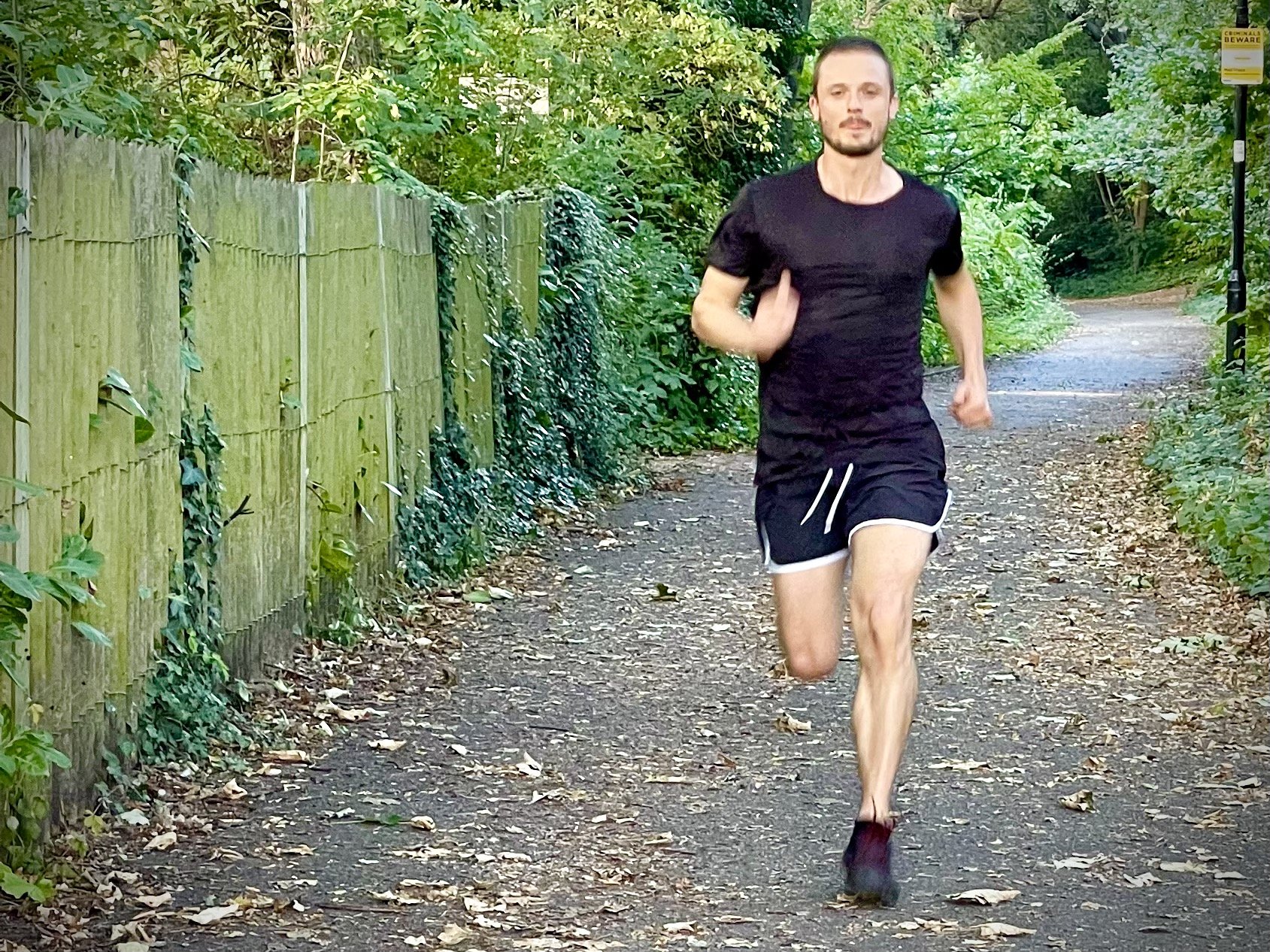 Daniel Whiley is a movement specialist who has run all over the world, completing a number of long-distance races, including an 80km route in the Netherlands. He particularly enjoys fell running and uses running as a means to explore. In this interview, he discusses minimalist running - what it is, why it can be useful, and where to start.

So you mentioned in a previous blog post that you do minimalist running. Can you explain a little more about what that is?


Sure. Well, the idea is that it's sort of like barefoot running. It stems from the idea that we are naturally born to move without extensive footwear. So minimalist running means that you're running barefoot essentially.


But not always completely barefoot.


No, this is the problem with modern-day living. Concrete, glass, things on the ground all make running barefoot more hazardous than it should be! There are still people who do it, but minimalist footwear provides a compromise. It gives you many of the same benefits while still protecting your feet against hazards.


So how would you choose minimalist footwear?


You need to look for a wide toe box, which means that the shoe is wide enough so that when you put your foot down to take a step, your foot can splay. So a wide toe box accounts for the natural movement of the foot. Also, it needs to have zero heel drop, which is the height from the heel to the toe - it needs to be flat. Usually, in traditional running shoes, the heel drop can be anything from four to twelve millimetres. The theory is that you lose some natural spring with your heel raised higher than the ball of your foot. Essentially you're sort of slightly on your tiptoes, and theoretically, shortening your Achilles tendon.


There are some great brands out there to choose from, such as New Balance and Vivobarefoot. Inov-8 don't do minimalist shoes exactly, but they're close to it. They still have a little bit of arch support. Still, they do shoes with wider toe boxes and a four-millimetre heel drop, and can they can be a good way of introducing your feet to a more minimalist style of shoe. It's better to start lowering the heel drop slowly. If your cushioned running shoes are 12 millimetres heel to toe, you could go for an eight or a six and gently lower it over time.


At the same time, I would advise doing a couple of exercises to isolate the different parts of the foot - separating your toes and getting your big toe engaged, can be helpful. And then start walking in them gently for a few minutes at a time, whilst your body gets used to them.


Right. And what are the benefits of minimalist running? Why should someone consider becoming a minimalist runner, compared to wearing normal running shoes?


Does using the foot more potentially lead to fewer injuries?


That's an interesting one, and I think it's a debate that can sometimes be taken to extremes. I don't think just because you're barefoot running or moving, you're not going to get injured. However, I think you develop a natural strength and use the foot in ways you perhaps wouldn't necessarily in traditional running shoes. But that's not a given, and I don't think you can necessarily make a direct link between minimalist shoes and injuries. You can be fine in traditional running shoes. But for me, I only wear minimalist barefoot shoes, as they give me the feeling that I have complete control of my body.


How did you get into minimalist running initially?


As a professional dancer, I'd always been interested in how people move. Some time ago, I listened to a great talk from the author who wrote Born to Run, which ignited my curiosity for the subject. What fascinated me was realising how running barefoot can change someone's gait without them even being conscious of it.


Wearing traditional running shoes designed to cushion the foot on landing can change the running gait towards striking with the heel. Take the shoes off, and run without any shoes. You would see a switch to a midfoot or forefoot landing style straight away, which is interesting to me. I also just liked the idea of not having too much clunkiness around my feet.


I also found it interesting that older people or injured people with less balance or coordination start to use their visual system to help them navigate their environment. And I discovered that with minimalist shoes, I could really sense the ground through my feet and not rely on my visual system as much. I found that an exciting experiment, and it just went from there.


That's fascinating. So did you go out and buy your first pair of barefoot running shoes after that, or did you first experiment with being properly barefoot?


A bit of both. I've always enjoyed spending time barefoot. I like the idea of 'grounding' and the natural electricity that comes from the earth. So, I was always into that, and then in time, I started to experiment with running in minimalist barefoot shoes.


And how did you find making the switch from traditional to minimalist running?


Oh, it was tough. You go through changes and different sensations. I just tried to listen to my body, and I could only do short amounts before my calves were screaming at me. I found that interesting because it made me realise that maybe I hadn't been using my ankles, feet, or calves as efficiently before. And it took a lot of time to build up to running distance, running a marathon or half marathon barefoot.


How long did it take you to go from putting on your first pair of barefoot shoes to wearing them all the time?


I've been wearing barefoot shoes since 2010 now, and it probably took me about a year to convert to wearing them full time. And I remember one time I overdid it, and I couldn't walk afterwards. That's why I tell people to treat them with caution. I don't say, "Go out and do this. It's going to change your life." I believe it can have a profound impact on people's lives, like how they use their bodies, but it's a process. It's not like your life is transformed by putting these shoes on. There are so many factors that come into play.


You've mentioned previously that there is some controversy over the minimalist movement. Could you speak a bit more about that?


Yeah, I think it's so easy to say, "This is the solution." And I feel like a lot of people see these things through extremist lenses. Like it's all or nothing. Some people who advocate for the barefoot movement tend to advise people to stick a pair of minimalist shoes on, and that's it. But it's not that simple. For one thing, whilst we may have evolved walking barefoot, we didn't necessarily evolve to walk on hard and continuously flat surfaces such as concrete pavements, so there are many question marks.


However, I think it's important to be in tune with your body, and I do honestly believe that throwing the shoes off and going for a walk and feeling that connection to the ground is important. But it doesn't mean you need to completely throw away all of your shoes and start doing all your training barefoot.


Is there anyone that you would advise not to use minimalist shoes?


Oh, absolutely. People wearing orthotics or people with high arches are two types of cases that may struggle to adjust. Likewise, some people with over-pronated feet, where there tends to be some instability. So there are lots of people I wouldn't necessarily say to go and try it. Still, I think in time, even people with structural issues can benefit from it. But it's not as simple as going, "Throw them on, and it's going to work out."


Finally, would you say there are any downsides for you about only wearing minimalist shoes?


Yeah, not being able to wear some of the shoes I like anymore! I can't buy a pair of Doc Marten's, which I used to love and think looked cool. But I can't walk in them, because my foot doesn't move and I can't feel the ground. So that's a little annoying!

Donate to Our Ealing Half Marathon Fundraiser on Behalf of BEfriend

Gathering some of the best massage therapists in London to our clinic in Ealing Broadway. The Soma Room specialises in Sports, Deep Tissue, Pregnancy and Relaxation Massage.